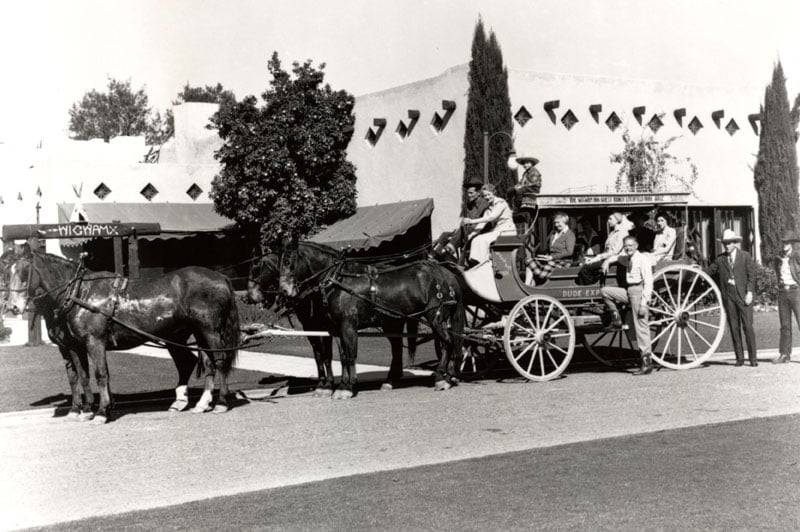 Arizona's The Wigwam: A Litchfield Park Resort Steeped in History and Tradition

You cannot talk about Litchfield Park, Arizona without even mentioning The Wigwam. In fact, the history of this Litchfield Park resort and the city it calls home is tied together by one common thread: the Goodyear Tire and Rubber Company.

Litchfield Park was founded by Paul Weeks Litchfield, an executive of the company, in 1916. At that time, Litchfield was seeking farmlands to cultivate long-staple cotton, with supplies running scarce due to the combination of German U-boats attacking ships and the infestation of boll weevils in cotton farms in the east coast. Cotton was a vital material in Goodyear's production of pneumatic tires.

He was unsuccessful in securing farm lands in Arizona but eventually, he was able to purchase about 36,000 acres of land in the Salt River Valley. Five thousand acres of this land would eventually become Litchfield Park. Then, the area was named Litchfield Ranch and was re-christened to its current name in 1926 upon the approval of the US Postal Service.

The Wigwam, one of the most historic hotels in Arizona, officially opened its doors in 1929. Goodyear originally intended the hotel to accommodate its roster of sales executives. Eventually, the resort became one of the area's popular tourist destinations, with Goodyear's employees requesting Litchfield to upgrade the original lodge into a winter retreat.

In 2010, the hotel underwent a major revitalization, with the restoration of its post sign which welcomes visitors as one of the key upgrades.

In its 86-year history, The Wigwam has captivated thousands of visitors from different generations, picking up several awards and accolades along the way. These include Trip Advisor's 2011 to 2015 Certificate of Excellence as well as recognition from various travel magazines and websites including AZCentral.com, Arizona Business Magazine and the Arizona Foothills Magazine.

The hotel's three 18-hole golf courses, two of which were designed by famed golf course architect Robert Trent Jones, Sr., are popular destinations for avid golfers and have also earned several awards, including being named "Most Challenging Valley Course" for 2013 and 2014 by the Arizona Foothills Magazine and "A Best Resort Course" in 2013 by Golfweek Magazine.

The iconic hotel is also popular among foodies, earning various culinary awards, including the Four Diamond Award from the Automobile Association of America and the Award of Excellence from the Litchfield's Wine Spectator in 2012 and 2014.

Today, The Wigwam invites its guests to make their own histories, be they personal memories to be cherished by all the members of their family or with their business colleagues. The possibilities are endless.